Located on the west coast of Peninsular Malaysia, Selangor covers an area of 8,000 sq km.
Given its proximity to Kuala Lumpur, Selangor has become the most important gateway to Malaysia while extensive highway network and excellent rail connections make it easily accessible from the rest of the country.

Being the most developed state in Malaysia, Selangor is home to the country’s largest port and airport, as well as many of its institutions of higher learning. Its infrastructure and communications facilities have been rated among the best in the region.

Despite a fast-growing economy, Selangor remains a fascinating land of verdant greenery and rich cultural heritage.

Selangor is accessible internationally through Port Klang and Kuala Lumpur International Airport at Sepang. The nearby Star Cruises terminal to Port Klang is built exclusively for tourists arriving on cruise ships. The North-South Highway provides easy access from the rest of West Malaysia, Singapore as well as Thailand. 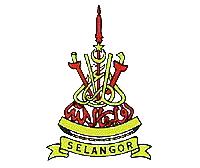 Selangor’s emblem is an interesting amalgam of items that represent courage and royalty. The crescent moon and star in the center represent Islam, the official religion. The central red spear, the Sambu Warna, the sword on the right, the Keris Pendek, and the sword on the left, the Keris Panjang, are part of the state’s Royal Regalia. The Jawi calligraphy in red reads the state’s motto, ‘Under the Protection of Allah’. A tali bengkung or broad belt is worn by warriors of the state in ancient times appears below the motto.

The flag is divided into four equal-sized sections. The red sections denote the courage of the people of Selangor while the yellow sections are representative of the royal status of the head of state, the Sultan. The crescent moon and star on the upper left section are the symbols of Islam, the official religion of the state.

In the late 15th-century, Selangor fell under the dominion of the Malacca Sultanate. In 1680 Selangor experienced mass immigration by Bugis trying to escape Dutch control in their home island of Macassar. Eventually, the number of Bugis superseded the original Minangkabau population. By the 18th century, the Bugis had consolidated their control of Selangor and in 1740 established the present Sultanate, with the capital at Kuala Selangor.

An influx of Chinese tin miners occurred in the 19th century, bringing with them their community traditions and social structure, most notably the secret society establishment. Similar to Perak, rival factions split the Selangor Chinese community. The situation became tense as the established power structure was disrupted by the emergence of various petty tin chiefs. However, the Chinese rivalry did not erupt to full-scale fighting until a Malay war over royal succession broke out in 1870. The tin trade came to a standstill. This led to British intervention in 1874. J.G. Davidson was installed as the first British Resident.

Selangor became a Federated Malay State in 1896. The British Military Administration took over the state following the end of the Japanese Occupation.

Malay opposition groups derailed the Malayan Union plan, and the United Malays National Organisation (UMNO) was formed under Dato’ Onn Jaafar’s leadership on 11 May 1946. The Malay Federation was founded on 1 February 1948 and on 31 August 1957, independence was declared.

Selangor is a shopper’s paradise due to the number of shopping malls that have mushroomed all over the state. It offers a wide range of shopping opportunities ranging from modern and luxurious malls to traditional shops and night markets.

Shopping complexes and ultramodern malls are “one-stop center” where a variety of shops, restaurants, commercial establishments, and amusement facilities are located under one roof.

Night markets or “pasar malam” are a special feature of local life. Designated areas are used for these night markets on fixed nights of each week. Bargaining is the standard feature, and smart shoppers can buy practically everything imaginable.

Selangor is the most populated state in Malaysia and it is not short of tourist attractions either. Parks, recreational centers, waterfalls, historical sites, and many more cause tourists to be spoilt for choice. Selangor is also famous for its world-class pewter products. Shopping lovers will be dazzled by the many modern shopping complexes stocking world-class products as well as night markets offering bargain goods.