Despite the formation of the security, the Malayan Stockbrokers’ Association only started the public trading of shares in the year 1960. During that period of time, public shares were traded via two rooms on the Board system where these two rooms are both known as Singapore and Kuala Lumpur. 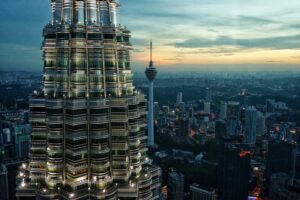 Within the same year (1973), a new company which is limited by guarantee, the Kuala Lumpur Stock Exchange (KLSE) emerged, and soon, it took over the stock trading of the existing KLSEB. In the year 1986, the KLSE Composite Index was launch and soon, it became the barometer of the benchmark of the main market in the whole of Malaysia. In order to open up more windows of opportunities for companies with smaller capital, the Second Board of the KLSE was formed during the year 1988 so that smaller-sized companies can be listed.

Today, the Bursa Malaysia is still growing steadily in coherence with the market of Malaysia. In addition to that, financial analysts forecasted that the net profit of Bursa Malaysia will certainly continue to grow in the future.